To Karavaki: Traditional Xmas in Greece

The practice of decorating sailing boats with Christmas lights, a fabulous Greek Christmas tradition, is making a comeback – even amongst Greeks in the diaspora from Australia to the coastal US. So for this Christmas 2020, what could be better than adding more lights to your holidays: 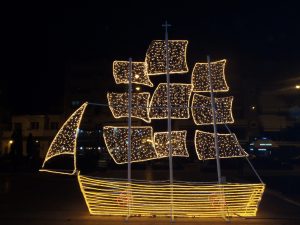 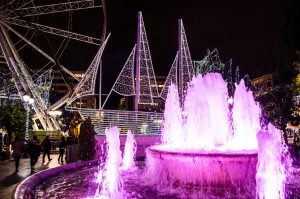 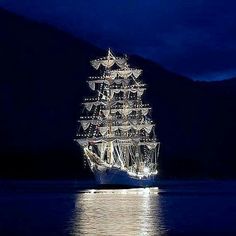 ‘To Karavaki’ aka, ‘the small boat’, is rooted in the traditions of a country having a symbiotic relationship with the sea, as Greece has had since ancient times. Different legends explain the tradition of the Karavaki: One of them is related to Saint Nicholas, aka Agios Nikolaos, in Greek, known as the Patron Saint of Sailors. 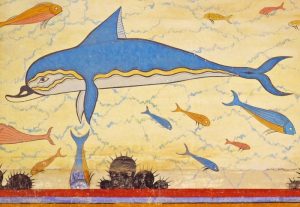 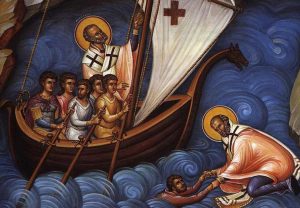 Ag. Nikolaos’ Feast Day is celebrated on December 6th – the day when many households in Greece start decorating their homes for Christmas. Boats are decorated, in Saint Nicholas’ honour, as a sort of insurance for bringing the sailors into port safely. In fact, on many Greek islands, the decorated boats remain the most popular ornament of the Christmas season. The boats are pointed towards the hearth and are displayed until 12th Night: Epiphany, or Ton Foton in Greek, on January 6th. 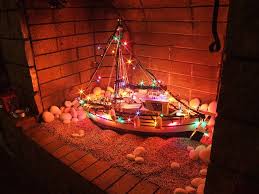 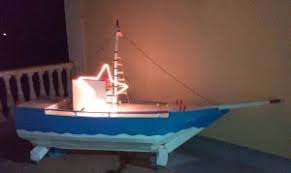 Boat pointing away from the door until everyone is safely home

Across the Aegean, tradition has small wooden boats placed inside close to the fireplace and pointing towards the center of the house, never towards the door, with the bow pointing inwards: this symbolises the boats making their journey home. Sometimes coins or gold objects are also placed in the boats to symbolise riches entering ones home with the returning sailors. This lovely tradition gradually spread to mainland Greece, with people all over the country decorating model wood or paper boats with lights and ornaments at Christmas time. 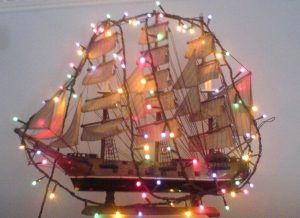 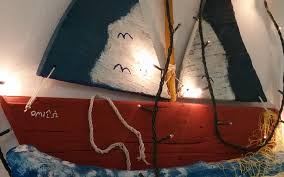 During the 12 days of Xmas, on Christmas Eve, Greek children traditionally would visit neighbours to sing Christmas Carols, aka Kalanda in Greek.  The carollers would carry with them small wooden boats, which they had lovingly been preparing, in the lead up to Christmas. Neighbours would then reward the children by placing treats, such as cakes or candy, into their little boats. A much older tradition has gold coins or gold being placed in the boats – which could also tie in with the fact that one of the seven symbols of Saint Nicholas is gold coins. 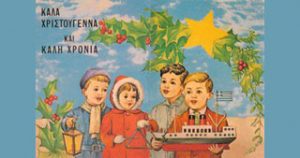 Children singing Kalanda with their boat 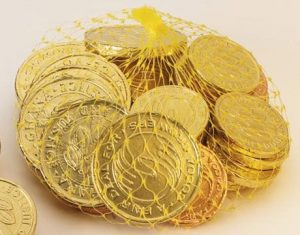 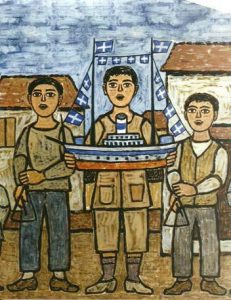 The Christmas tree is not traditionally part of Greek culture. It was actually imported by the first king of modern Greece, Otto of Bavaria (also imported). He introduced decorating a Christmas tree on a newly independent Greece in the 1830s. The Tree tradition gradually overtook decorating boats on the mainland, but not across the Aegean, where the boat tradition maintained its popularity as it had done for centuries. 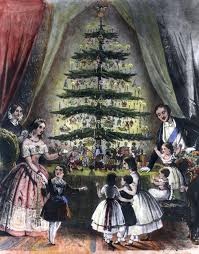 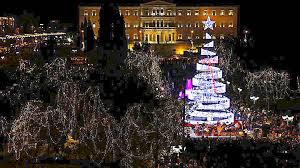 Syntagma Square, central Athens, all decked out for Christmas

Always popular across the Aegean, the Christmas Boat tradition has become increasingly popular again on the mainland, beginning in 1999, with Thessaloniki being the first large city to display a huge decorated boat at Christmas, in Aristotelous Square, decked out in blue and white twinkling lights, the colours of the Greek flag. 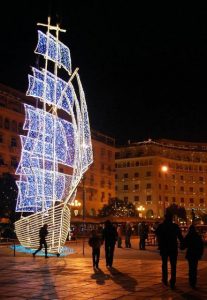 Gradually, as noted, the tradition returned to the mainland, from north to south and east to west. Ta Karaviakia (Christmas boats), are decorated and placed in the main squares of towns and cities, welcoming citizens & guests to spend Christmas together, and for travellers to find safe haven, a home away from home, in Greece. 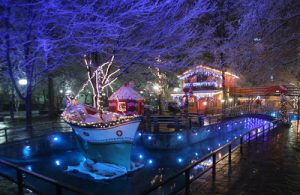 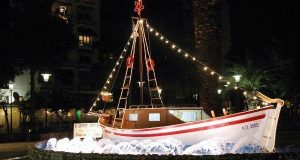 Wishing you all safe harbour in your own homes across the world this Christmastime, and hope to see many of you again in the New Year!

Ps. did you know that the abbreviation ‘Xmas’ dates back beyond the 17th century when the shorthand was used taking the first letter of the Greek word for Christ, i.e. Χριστός