Why I love Spetses

By Eleni Tsaprailis Vargis
Posted May 13, 2019
In The Yin/Yang: Community Vibes
Why I love Spetses2019-05-132019-05-13https://holistichellenic.com/wp-content/uploads/2020/02/holistic-hellenic-yoga-adventures-logo.pngHolistic Hellenic Active Adventureshttps://holistichellenic.com/wp-content/uploads/2019/05/buggy1.jpeg200px200px
0

I first came upon Spetses in the spring of 2000. My mom and I had taken a recommended vacation to Greece a few months after my father’s passing in order to help us recoup and recover a bit during our grieving process…and I can say the change of scenery, did indeed help us. It was also the first solo adventure I ever had with my mom – so I think it’s a neat testament to write this on Mother’s Day, and to acknowledge her sense of adventure even during the most trying times. 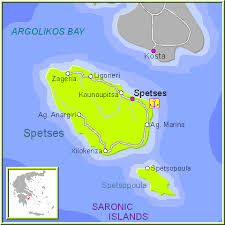 Spetses, in the Saronic Gulf, was never really on my radar before this trip – the Aegean islands I had visited, lived and worked on in my early 20s were the dream-team of Santorini and Mykonos. With my family in my younger years, we had also visited Kerkyra (Corfu) and Zakynthos (Zante) in the Ionian + Mytelene (Lesbos), Crete and Rhodes in the Aegean.

I actually wasn’t even very aware of the Saronic Gulf islands, even though they are hugely popular, especially Hydra, due to their proximity to Athens. These islands – Aegina, Poros, Hydra and Spetses, have a rich history from antiquity to the present and are easily accessible with daily Flying Dolphin and slower ferry routes from Piraeus. My mom and I had actually taken a trip to Aegina first in order to visit the shrine of Agios Nektarios– the last ordained Greek Orthodox Saint. Going to his monastery and visiting his relics were more a part of my mom’s grief process than mine, but I was fascinated at the level of religious devotion shown by many religious travellers. They come in order to make votive offerings to help relieve them of their suffering &/or the suffering of those they love. 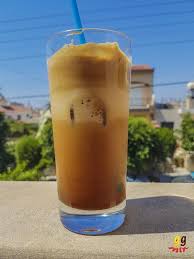 The way my mom and I arrived at Spetses that first time was serendipitous, rather than planned. We were invited to a family Wedding in Nafplion, so rented a car in Athens and proceeded west towards the Corinth Canal, so we could cross to the Peloponnese. I highly recommend you stop at the Canal, at one of the gas stations to fill up &/or at one of the roadside cafes and grab a classic frappe –  especially on a hot day – then walk across the bridge and look down at a marvel of engineering inspired by the Suez Canal, which had just been built in 1869.

Once you’ve crossed over to the Peloponnese from the mainland, follow signage towards Nafplion, and here you have a choice: visit ancient Mycenae one-way; or ancient Epidaurus first? Of course you can visit both sites, as distances are proximate. If you choose the seat of the Argolid Empire – y’know, Agamemnon first, you need the better part of the day to fully explore the archaeological site of this ancient civilization that essentially launched the Trojan War. 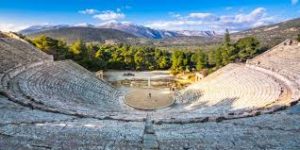 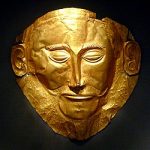 From Mycenae, you can go directly to Nafplion, or U-turn back towards the ancient theatre city of Epidaurus, still used for festivals to this day. There are lovely family-run, small hotels, along the beach and harbour of Nea (new) Epidaurus if you would like to overnight it so you can catch a show – especially if you travel to Greece during July and August, we highly recommend catching a play during the annual festival in the ancient theatre – preferably a drama or comedy by an ancient playwright such as Sophocles or Aristophanes. You. Will. Not. Be. Disappointed. 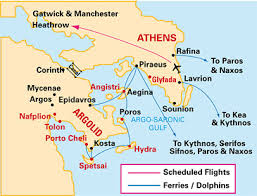 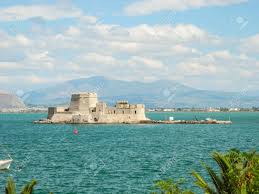 Once you’ve satisfied your ancient cravings at both or either, we recommend traveling to the port city of Nafplion across the Argolid peninsula, if you are short on time. If you have more time, then by all means follow the coastal road and stop at any number of fishing villages or larger towns. The beaches of Argolida are as good as any found across the Aegean islands.  If you take this route, I recommend stopping at Ermioni to take a day-trip, boat ride, across to visit Hydra. You must leave your rental car parked on the mainland for the day, as the island of Hydra does not allow for vehicular traffic – which is one of its greatest charms. 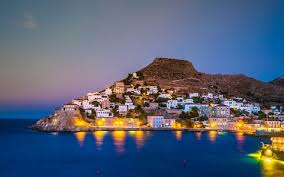 Whichever way you get to Nafplion, you will no doubt enjoy your visit to the first capital of Greece, after the War of Independence in the 1820s. Whether you spend just one day or a few days in this beautiful and fascinating city, be sure to plan to climb to the top of the Palamidi Castro where the rebel Kolokrotonis was held prisoner. 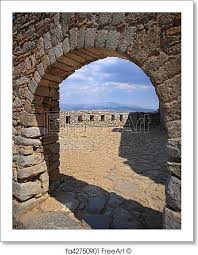 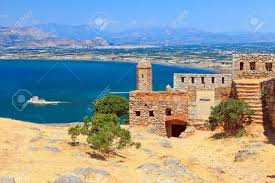 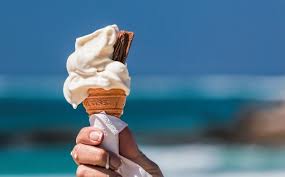 **Be sure to also enjoy an ice cream and a stroll along the harbour promenade.

After the family Wedding we attended in 2000, my mom and I had no real plans on where to go next? Spetses was recommended as a quick island getaway by our local hosts. So we drove from Nafplion to the port town of Portoheli, stayed awhile then parked our car, and took a boat ride across to Spetses – another island that doesn’t allow automobiles without special permit. I think we only stayed a few days – but I would have gladly stayed longer, so enamoured of this island and its heroine had I become. 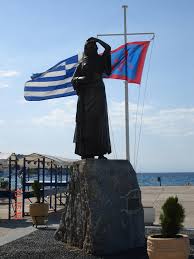 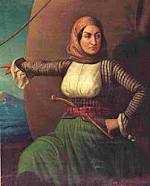 Laskarina Bouboulina became my super-hero icon from the first time I was introduced to her legacy while visiting the local museum, which is her original house, now run by her descendants. She’s simply amazing and I could go on & on: she was born in a Constantinople prison, the daughter of Greek rebel leaders; she was educated, multi-lingual and literate at a time when that wasn’t a given for ladies of her class; she could swim; rode cavalry; shot weapons; and was also good at sword-play. She was a mother, and the widow of two naval captains (rumoured to be pirates), from where her wealth originated. 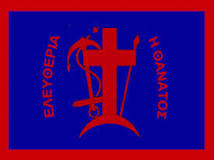 Bouboulina used her immense influence and inherited wealth to build an armada of ships to help the fledgling Greek rebellion. In 1821, she was the first to raise the rebel flag, and the first female admiral in history to lead her own fleet at a time of war. 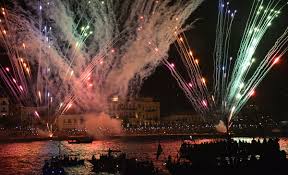 The Naval battle of Spetses, which was integral to the Greek victory, is commemorated annually on Spetses during the festival of the Armata, held in the second week of September. The re-enactment this year will take place on Saturday, September 7, 2019 – culminating with an awesome display of fireworks. For the ten days prior to this, the island hosts many art exhibitions, plays, and concerts, that help turn the island into one continuous, festive, happy place. My husband and I attended the last few days of the festival last year, which was an incredible experience! 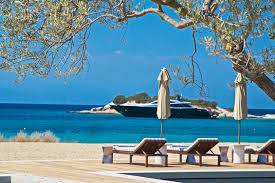 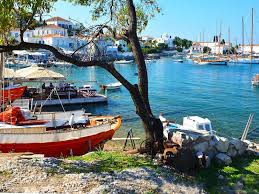 Other reasons why we love Spetses so much, aside from its rich history, is a plethora of spectacular beaches – our favourite being Zongeria. Getting to the beach from The Bays is a bit of a journey, but that’s part of the beauty of the experience. Walking from our hotel to the new harbour, takes about twenty minutes if you walk direct – but its lovely to meander your way along the shops and cafes too, or even get lost in the maze of streets – you can always find your way by simply heading back towards the harbour-front. Your HHYR guides will show you exactly where to catch a bus or a cacique to get to your beach-of-the-day. 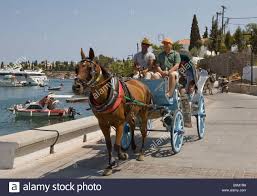 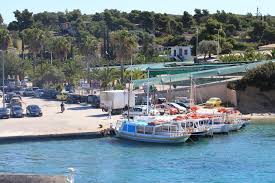 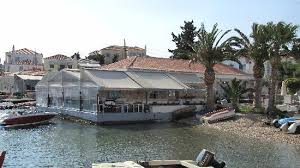 You can also rent a moped and explore the island on your own. Or hire a horse-drawn buggy and have the driver take you around the island, sharing its history with you along the way from their perspective, which is always colourful. The island has thriving seafood tavernas with daily catch options that are beyond fresh and delicious. Other local specialties lean more toward the vegetarian. Spetses town also has more international options in new town, and the old-school cafes at the harbour serve some of the best pastry and coffee you will ever enjoy. Trust me. 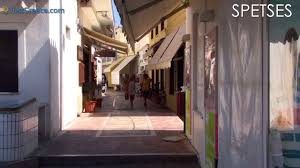 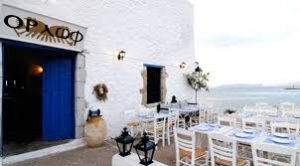 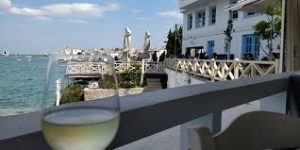 If you want to hike in more unexplored areas of the island, our proprietor can show you were to go with secret tips of his own. If you are more interested in water sports, certain beaches rent jet skies and wind sailboards. On Spetses if you want peace, and isolation, you can find it. If you prefer more active and exciting experiences, the island has plenty of options. With HHYR we will lead you in your daily yoga to help you start and close your perfect Greek-island day and in-between we will help guide you towards whatever experience your heart desires. 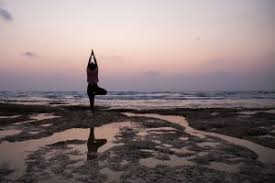 Join us and we are confident you will not be bored – in fact I think you will come to love Spetses as much as we do!