Welcome to the Yin/Yang: Community Vibes!

Welcome to our Holistic Hellenic Yoga Retreats community blog! We call it the “Yin/Yang: Community Vibe” and we will be posting relevant content pertaining to our retreats in Greece this summer on Evia and Spetses. A bit on culture, cuisine, history and what to do beyond the retreats. We will also discuss the pillars of our company – namely that it will be holistic and based on Hellenistic philosophy merged with the principals of yoga.

So lets begin with that: What does “Hellenistic” mean? Hellenism refers to anything relating to Greek history, language and culture from the death of Alexander the Great in 323 BC, to the defeat of Cleopatra & Anthony by the Romans in 31 BC. The root of the word comes from what the ancient Greeks were called in their time: Hellenes – where in the Greek language the ‘h’ is silent. 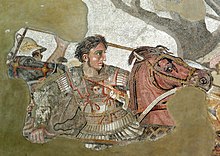 During these 300 Hellenistic years, ancient Greek culture flourished and merged with the cultures of the Mediterranean and into the near East and Asia – especially in Egypt, Pergamum and Bactria. It was an era that valued exploration, philosophy, science, logic, art, and humanity.

Coins from ancient Bactria showing the Buddha, in Greek: BODDO

The kingdom of Bactria is especially compelling to us as it was from this kingdom that princess Roxana hailed from, giving birth to Alexander’s only legitimate son. It is also in ancient Bactria (today the lands that surround the Hindu Kush, parts of modern-day Afghanistan, Tajikistan and Uzbekistan), where Alexander and his Greek-Macedonian armies were introduced to the teachings of the Buddha. As Alexander pushed further into the Punjab, he and many of his followers opened up to exploring the philosophies central to Buddhism, finding especial synergies with The Middle Path, which to the ancient Greeks was better known as The Mean or The Middle Way, and other principals that could overlap and merge together into a more communal understanding of what it means to be human. It is also during this time that the first anthropomorphic statues of the Buddha appear, courtesy of ancient Greek artistic styling and influence – before this the Buddha was largely shown via symbolic imagery, such as the lotus flower. 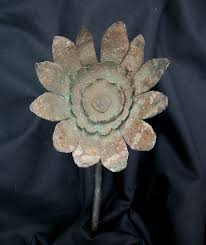 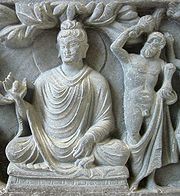 The most compelling connection to me is how both Buddhism and Hellenism stress the importance of virtue and character development. The Buddha encouraged his followers (ancient India was awash in distinct tribes and cultures), to practice their cultural or social rites, so long as it harmed no one and brought benefit to oneself and others. Ancient Greeks were always open to accepting other deities as they crossed boundaries in the ancient world, absorbing them into the Greek pantheon of gods and goddesses. What was most important to the Greeks was the observance of the rites, i.e. nomos arkhaios, as the Greek religion was one based on communal orthopraxy (the right way) vs. orthodoxy (the right word). 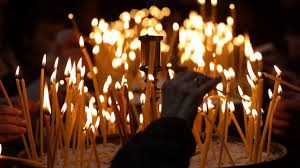 Lighting Candles in a Monastery

As Buddhist monks came into contact with the Greeks, they began to evolve both practices into one taught by the Yonas of ancient Bactria – i.e. those Greek monks that helped expand Buddhism within their culture, as well as within the Mahayana Buddhist tradition, as far afield as Sri Lanka.

I hope this helps explain how to me there is an obvious connection between Hellenistic philosophy and yoga in one holistic experience. My next blog post will expand on this connection and how it pertains to Yin and Yang – the mandala that is also part of our HHYR logo! 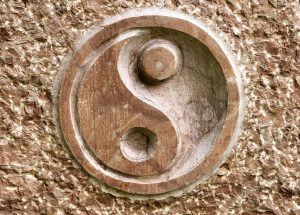 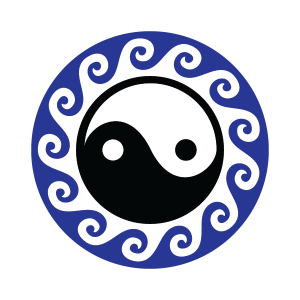 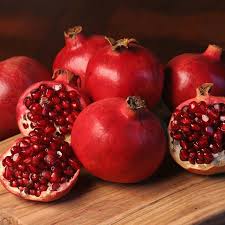 Welcome! How to Yin & Yang in Greece ~The Yin/Yang: Community Vibes